From Anime to Zen: Japanese Loanwords 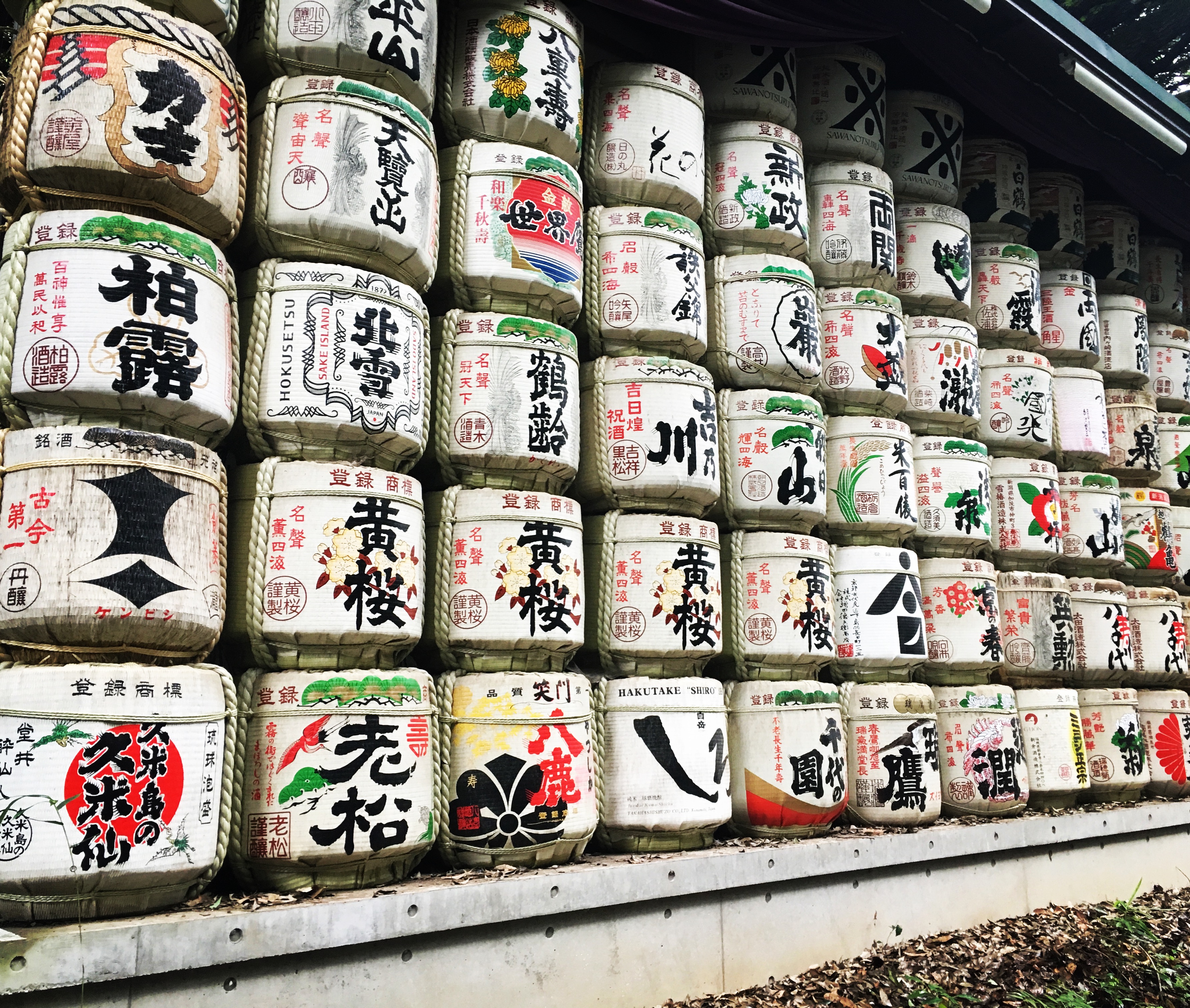 During our recent hols to Japan, I just about managed to master ‘hello’, ‘goodbye’, ‘thank you very much’ and ‘excuse me’ in Japanese.  But the visit also made me realise how many Japanese loan words we have in the English language.

Here are a few.

Anime is ‘cartoon’ in Japanese but refers to any kind of Japanese style animation. Comes from the English word – you guessed it – animation.

Bento is a single-portion take-out or home-packed meal in a box that usually contains rice or noodles, fish or meat, plus pickled and cooked vegetables. And – here’s the magic – no item touches any other item.

Bonsai is the art of growing teeny tiny trees. The literal translation is ‘tray gardening’ aka gardening in London.

Edamame are tasty soy beans that are steamed and served with salt. I bought a bowl of these at a hotel bar in Soho the other week. It cost eight quid.

Meaning ‘picture’ and ‘letter’, emoji was deemed the UK’s fastest growing language in 2015. What would we do without emojis? Write proper words I guess.

A futon is a padded, unsprung mattress that gives you the best night’s sleep of your life or the absolute worst. There is no in between.

The word haiku means ‘poem’ or ‘actor’ and ‘clause’ or ‘passage’. A haiku is a traditional three line poem. The first and last lines have five syllables and the middle line has seven. They rarely rhyme and are often about nature.

Judo is a martial art and an Olympic sport, and the word Judo means ‘gentle’ or ‘soft’ and ‘way’ or ‘road’. Judo is more defensive than karate. ‘No, I’m not.’ ‘Yes, you are.’

Who doesn’t love a bit of drunk singing to a backing track with your workmates? Karaoke translates as ‘empty orchestra’. “So, go, walk out the door, don’t turn around now cos you’re not welcome anymore.”

A martial art with roots in Chinese fighting, Karate means ‘empty’ and ‘hand’. So, it’s literally fighting with your bare hands.

A kimono is a long traditional Japanese robe, and the word means ‘to wear’ and ‘thing’. These days, they’re only worn for celebrations, graduations and by female entertainers (geishas). And when you’ve just got out of the bath.

Origami is the old art of folding paper to create animals, birds, insects and flowers. It means ‘to fold’ and ‘paper’.

Ninjas are Japanese assassins and the actual word means ‘spy’ or ‘sneak’ and ‘person’. Remember a few years ago when we had social media ninjas and rock stars? Sooo annoying.

Ramen is a noodle-based soup with vegetables or meat. It’s actually a Chinese dish, but the Japanese have pinched it, and now we have it as well. Yum.

A two or three wheeled passenger cart, the word Rickshaw means ‘human’, ‘power’ or ‘force’ and ‘vehicle’, so literally a human-powered vehicle. It’s also the most expensive mode of transport in central London.

Naturally brewed soy sauce is an everyday condiment used throughout Asia and made from four main ingredients: soybeans, wheat, salt and water. It can be used instead of salt to flavour noodles, rice and all kinds of vegetable and fish dishes.

Sake is a strong rice wine and literally means ‘alcohol’. Enjoy it with sushi, ramen, tempura, vegetable dishes, pork and fish. The best stuff is served cooled, not warm.

Meaning ‘to serve’ as well as ‘warrior’, Samurai are ancient Japanese warriors who came to power in the 12th Century and governed Japan until the end of the 19th.

Meaning ‘finger’ and ‘pressure’ a shiatsu massage applies pressure to specific points on the body in order to relieve tension and pain, and balance the mind, body and spirit. Lovely jubbly.

Sudoku is a puzzle where you place the numbers one to nine into a grid consisting of nine squares subdivided into a further nine smaller squares. At the end, every number should appear once in each horizontal line, vertical line, and square. Unless you’ve screwed up. In which case rage ensues.

Sumo is a traditional Japanese martial art which involves a couple of big fellas charging round the ring after each other wearing nothing but a mawashi (loincloth) and a smile. The word sumo means ‘together’ and ‘hit’ or ‘beat’.

Sushi is a dish made with rice, with a filling of raw fish or vegetables and pickles, and often wrapped in seaweed. The word sushi means  ‘longevity’ and ‘official’. So that’s it then. Sushi makes you live longer. Avoid the egg and bacon version sold in Tesco though.

A similar condiment to soy sauce, tamari is specifically Japanese. Like soy sauce it’s made from soybeans but it’s darker and richer than soy and a little less salty. Unlike soy sauce it’s not made with wheat, making it a good option for gluten-free eaters.

Tempura is vegetables and seafood coated in a batter of corn flour, plain four and sparkling water then deep fried. So wrong but so delicious.

Teriyaki is grilled meat or fish served in a gloopy and tangy dressing made from soy sauce, honey, garlic and ginger. The word teriyaki means ‘shine’ and ’grilled’. Mouth. Watering.

Tofu means ‘beans’ and ‘ferment’ which is exactly what it is: fermented beans. On its own it tastes like soggy cardboard. But remarkably tastes delicious as an ingredient in a number of sweet and savoury Japanese dishes.

A typhoon is a tropical storm and the word means ‘table’ or ‘pedestal’ and ‘wind’. We found ourselves in the middle of a typhoon when we were in Kyoto. Yes, it was a probably a good idea to stay in the hotel. But instead we ventured with our brollies to watch the Arsenal game. Thank you Pig and Whistle for your hospitality.

A tsunami is a huge tidal wave caused by an underwater event like an earthquake, explosion or volcanic activity. The word means ‘harbour’ or ‘port’ and ‘wave’.

‘Ooh what’s this green paste? Arrrrrrrrghhhh’ This was my first introduction to wasabi, the spicy green horseradish that’s often added to sushi and other fish-based dishes. Less is more.

Who doesn’t want a bit of zen in their life? It literally means ‘silent meditation’ and is a branch of Buddhism that focuses on self-control and meditation. Should be applied when travelling on the Northern Line.

Doolally, Pukka and Cushy. And other words of Indian origin in everyday use

Kaput, Kitsch and Wanderlust: We Have Ways of Making You Talk

Mozel Tov! Are you a Mensch, Klutz or Schmuck?