A bit about me…

Posted at 13:07h in Words about me by Sarah Turner 4 Comments
0 Likes
Share 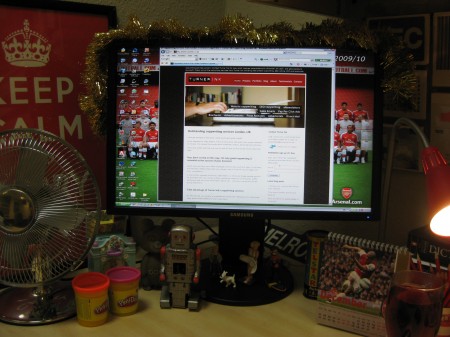 I follow lots of people via their blogs and on Twitter. And I guess the ones I value the most and those people who I feel I really know. Those people who not only share valuable information about writing online content, SEO, and Social Media. But also share stories about their kids, their previous jobs and their crappy day. I’m much more likely to trust someone who is willing to share personal details with me, even if they are on the other side of the world and I’ll probably never meet them.

Ok, so with that in mind, I decided I would share a few titbits with you. Not my whole goddam life story you understand. But just a few bits and pieces about what I do, what I think and what I like.

1. If I have to write anything down I always use a pencil.

2. I have a degree in history of Art, Architecture, Design and Film.

3. My car is really tiny. It means I always get a parking space.

4. I live in London where I was born and raised and I think it’s probably the greatest city in the world. “When a man is tired of London he is tired of life; for there is in London all that life can afford.” Samuel Johnson.

5. Although Los Angeles (where I’ve lived) is my spiritual home.

6. The worldwide web is the greatest invention in my lifetime.

7. Being ill with ME (Chronic Fatigue Syndrome) for three years was the worst and best thing that ever happened to me.

9. I have been a freelance copywriter since 2005. I don’t answer to anyone (apart from my bank manger, the tax man, and the VAT man).

10. I have supported Arsenal Football Club since 1979.

12. My 3 favourite films are E.T, The Incredibles, and Some Like It Hot.

16. Life is short. Try and have as much fun as possible.

17. Marilyn Monroe was the greatest comedy actress of the 20th Century. And yes, she was bumped off.

18. I love Therese Raquin by Zola. But Hollywood Wives by Jackie Collins is still my favourite book.

19. I think everything happens for a reason.

22. The Wire is the greatest TV programme of all time.

23. I don’t eat meat, wheat, barley, oats, seafood, cauliflower or whole cherry tomatoes. But I do eat everything else.

24. A hug from my man is the best thing in the world. Although chocolate is a close second.

26. Now is a brilliant time to be doing what I’m doing.

27. My last meal would be egg and chips, chocolate ice cream, and Champagne.