So for those of you that received a Turner Ink Xmas card this year, these are the bloopers. How many did you get?

A Christmas tail [A classic homonym. It should be tale.]

Santa was having a bad day. 4 [up to number 10, spell out the number. So Four] of his elfs [elves] were throwing a sickie and the work experience elves werent [don’t forget the apostrophe, weren’t] producing toys fast enough. Santa was beginning to feel the pressure. 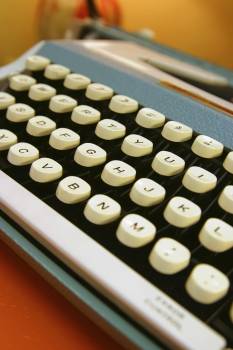 Than [then], as he began to load his slay [another homonym, sleigh] one of the boards broke. And several large bags from Amazon fell to the ground: [a comma here not a colon] scattering their contents all over the place. Needless to say, santa [Cap S, Santa] was not in the best of moods.

Suddenly, the doorbell rang and he went to the door expecting another problem. But when he opened it; [comma here not a semicolon] there was just a little angle [like 18 degrees? Geddit? Yes, it should be angel of course] with a great big christmas [Christmas] tree.

The angel greeted him very cheerfully: [So lots of newspapers and mags have a colon to introduce speech. It’s not needed though. A comma would suffice.]  “Merry Christmas Santa claus [cap C, Claus]. Isn’t it just a wonderful day [question mark needed]. I have a beautiful tree for you. See, isn’t its [it] just the loveliest Christmas Tree [lower case t, tree] you’ve ever seen? Where would you like me to put it?’ [You started with double speech marks, you need to end with double speech marks.]

And that’s how the angel on top of the Christmas tree tradition began.

Hands up who circled the And and But at the beginning of a sentence as an error? Back of the class!